The main objectives were to expand the dosing system, set up a new big bag filling line as well as update the control system. The project was praised especially for its customer-oriented design and good aftercare.

Weber produces a wide array of construction products ranging from facades to floor screeds. The best known brands are Kahi and Vetonit. Weber has six factories in Finland, four regional warehouses and some 230 employees. Weber offers Finnish construction companies over 1.000 different products and solutions. The products sold in Finland have passed tests that are stricter than the European ones and guarantee that the products comply with Finnish climatic conditions. Weber is part of the international Saint-Gobain group of companies. 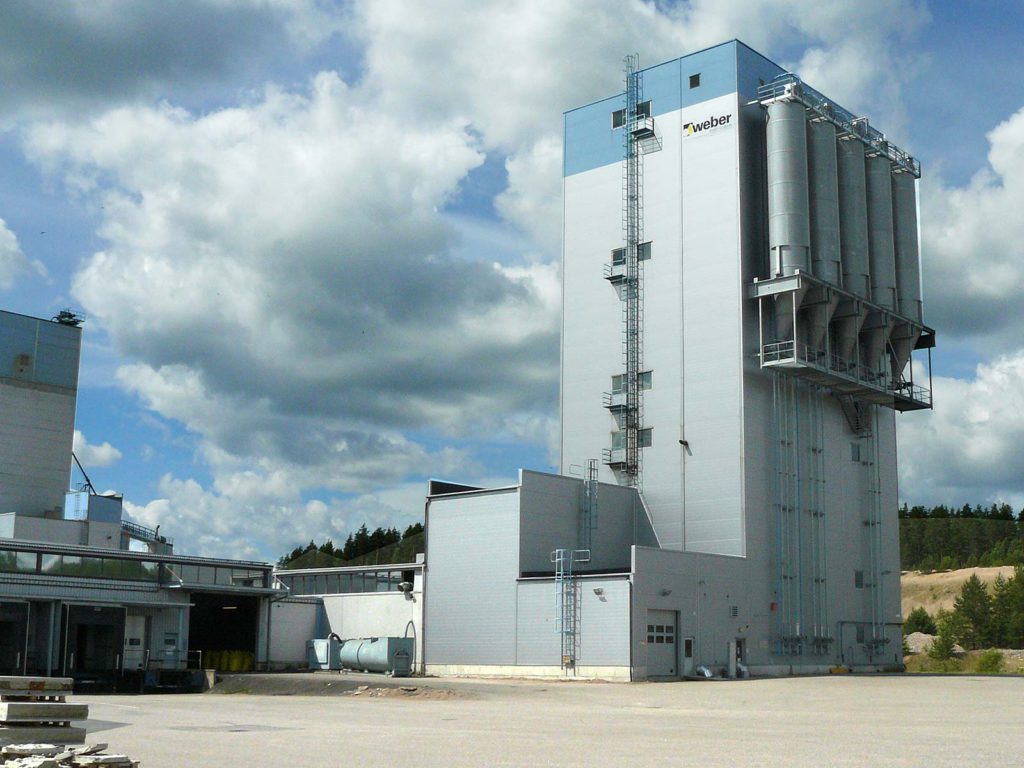 The dry product factory in Kiikala was constructed in 1998 and Dosetec was their dosing and automation system supplier back then. Originally, up until 2015, the factory manufactured screeds for construction purposes, after which the factory’s function changed.

Weber changed its product range at the Kiikala factory, which was due for modernisation. Consequentially modernisation planning of the old dosing system was carried out. The new needs required the expansion of the dosing system, installing a new big bag filling line, as well as updating the control system.

More raw materials were needed in order to produce new products, so the dosing system were modernised and expanded. The equipment supplied by Dosetec was designed to be easy to clean due to the specific requirements of the new raw materials.

The factory also needed to upgrade the degree of automation of the production process. Dosetec modernised the control system of the dosing system, which was simultaneously integrated with the ERP system of the Weber factory.  The information flow between systems now facilitates the use of recipes and monitoring of raw material consumption, that is for e.g. in production. The task was to make the control and monitoring of the production process easier for the end-user. This was achieved by placing operator panels at various workstations during the process.

The designing process of the new control system was conducted in co-operation between Dosetec and Weber. Thanks to this the user interface was tailor made according to the requirements of Weber.

The customer-oriented design and aftercare of the project were praised

The co-operation between Weber and Dosetec was very good. Dosetec received praise for its customer-oriented approach in the modernisation project.

– When there is a need for change, Dosetec has the capability of reacting quickly with new innovative solutions. Dosetec designed the project in a manner that was very successful for the client. Also the aftercare of the project went very well and we managed to complete some minor unfinished tasks in good co-operation. We will consider Dosetec as a strong candidate supplier, says Mika Mattsson, Weber’s project manager.