The dosing capacity of Vaasan Kuusankoski bakery has grown by 50% 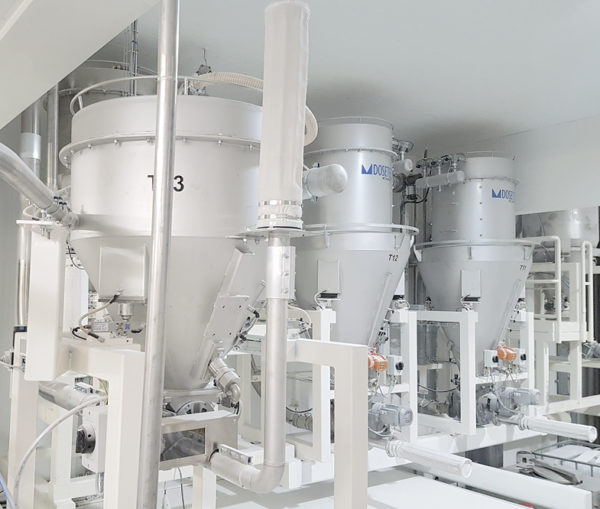 Let us start with a trip down the memory lane. Dosetec supplied a system for the Kuusankoski bakery back in 2002, but after Vaasan moved more production to the bakery and opened a new, third production line, the original system could not keep up with increased demand. This did not come as a surprise as the system was never planned for such enormous production volumes to begin with, so Vaasan invited its old partner back to Kuusankoski to modernise the system to meet the current and future growth in demand.

Preparing for the future with a new control system

The system was updated gradually. The project began with replacing the control system with a new Siemens S7 PLC. “While updating the control system did make it easier to use the dosing system, it was not enough to eliminate the bottleneck in the production line. Instead, the staff got the opportunity to practise using the new system and prepare for the following year for the installation of the new dosing line next to the existing one,” Petri Oinonen, the bakery’s production manager, says.

The bottleneck itself was eliminated by technical solutions implemented in the second dosing line. In the old system, the flour was dosed into two hopper scales via one vacuum conveying line. The new system, on the other hand, benefits from separate conveying lines for both hopper scales. In addition, big bag and small component dosing was improved by installing parallel scales. The result was a considerably faster and more efficient dosing process. “The old dosing system simply couldn’t keep up with the pace any more. I’m not exaggerating when I say that we were in trouble with it. Words can’t describe how welcome this update is,” dough maker Terhi Nurmiainen, who has worked at the Kuusankoski bakery for 23 years, says a few months after the implementation.
“More efficient flour dosing allows simultaneous production in more than one production line. Thanks to the targeted flour dosing and new scales, we can now do more things at the same time,”
production manager Oinonen clarifies. “What’s more, we no longer need to worry if there’s enough dough for the production lines. Before the update, we needed to wait because there was only one
dosing line,” Terhi Nurmiainen says. 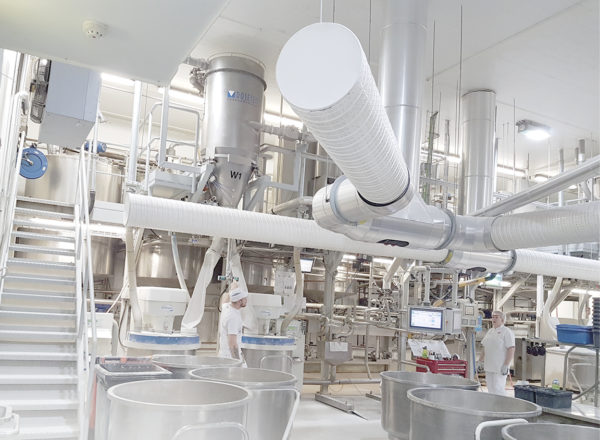 “We required Dosetec to carry out this project within a maximum of a few days – we bake six days a week and long downtimes just are not possible for us,” Oinonen says. Like Terhi Nurmiainen and Dosetec CEO Olli-Pekka Rihu, Oinonen stresses the importance of planning the project together from the beginning. “Manufacturing, testing and simulating can be done to a great extent in our premises, meaning that the system can be installed quickly on site. This allows the customer to resume their core business swiftly,” Rihu explains. “Dosetec managed to get the new system up and running on schedule. I think the whole process took a day and a half in the end, and the new system has worked well from the start,” Oinonen says. Despite the excellent start, the system was yet to face a true challenge: the Christmas season. “We figured that if the new system can keep up with the increased demand during the holiday season, we can consider the project as a success,” Oinonen reveals. “The holiday season test was a success. Having survived Christmas, the new system can cope in every situation. The new system will serve us well long into the future,” Nurmiainen says with a smile on her face.